On 1944-03-21, Pilot P E Raw (Flight Lieutenant, RAF) with servicenumber 119259 flew a Typhoon Ib with serial MN247 for this duty: Sweep. His mission was not completed. Circumstances of the aircraft loss are unknown. This aircraft was a part of squadron no. 183. The location for the map is the English Channel. Circumstances at the end of this mission for Raw: he was killed. He is commemorated at: Eindhoven (Woensel) General Cemetery Netherlands.

Around june 2016 Planehunters recovery team together with interested people from the community of Boxmeer Holland and Study Group Volkel started a project to locate all crashsites from WW2 aircraft in their community.

In total 25 possible crashes have been coming up during the investigation. All of these crashes will be throughly checked on the paperwork that is available, mostly witness accounts or Police reports. Also locations will be searched with a metal detector to find proof that indeed an aircraft on a crash location is the one stated in the documents. In the past we sometimes encountered that mistakes were made and a different aircraft was a the crash location.

One of the crashes that came up was of a Typhoon IB that crashed at Vortum Mullem one of the little villages belonning to the municipaly of Boxmeer. The aircraft supposely crashed on 21 March 1944 and the pilot Flight luitenant P.E.Raw was killed. The aircraft was the MN247 from 183 Squadron.

Fl.Lt Raw took of from airfield Manston for a fighter sweep (An offensive mission by fighter aircraft to seek out and destroy enemy aircraft or targets of opportunity in an allotted area of operations) above occupied area and West Germany. According the witness skipper Petrus van der Hurk from Lith he attacked his steamship. The schip was berthed at the warf of Afferden. Flying low from east to west he opened fire, the schip was hit multiple times by 20mm fire. Then they felt a shudder going through the ship , Raw had hit the mast of his ship with his aircraft and the mast broke off halfway. The aircraft crashed in a field west of the river and flipped over. Other documentation comes up with the Typhoon of Raw being hit by Flak that caused the crash!

During the project Leo Janssen who searched through all municipals files from WW2 found the police report which is included on the this page. The police stated that they found the wreckage of the plane and the body of the pilot beside it, he was dead. According witnesses the aircraft had struck the mast of a ship on river the Maas. The remains of the aircraft were scattered over about 3 fields according the report. 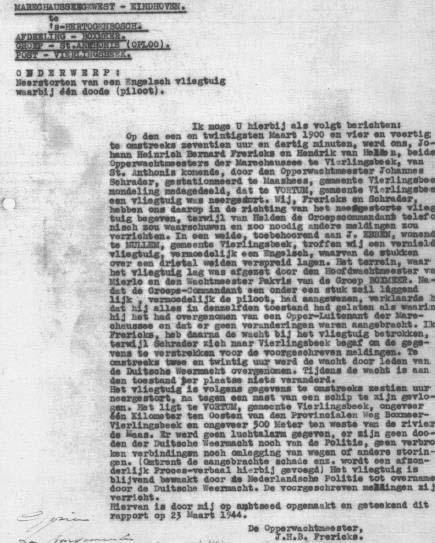 In the report it is stated Police assumed it was an Englisch aircraft, and a global position is given as approximately 500 meter west of the river Maas not far from the ferry to Afferden. Investigations from Study group Volkel brought up Typhoon MN247 had Sqn code TP-T ( the Sqn code is from 198 sqn, the aircraft was just transferd to 183 Sqn).

The area the aircraft supposely crashed was the red cornered area of fields all seperate by hedges see aerial picture below.

In reality it is a huge area and belongs to the Dutch authority’s and after we got premission to search the area it took hours before we found the first 2 pieces of metal that looked to be aircraft pieces. Also the grass was very high which is not helpfull to the detectors. 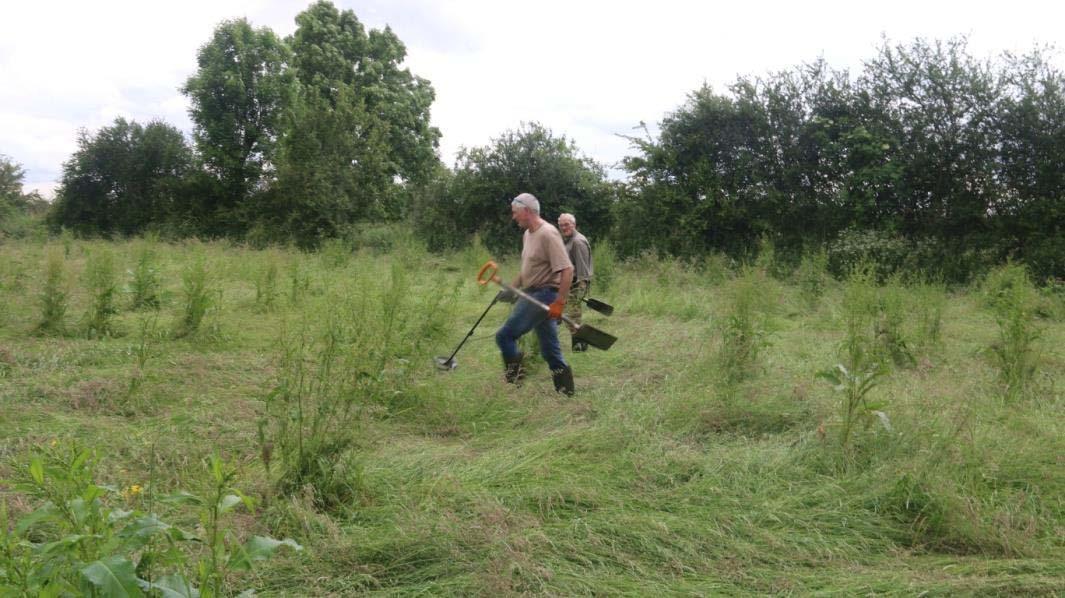 Pictures of the found parts: 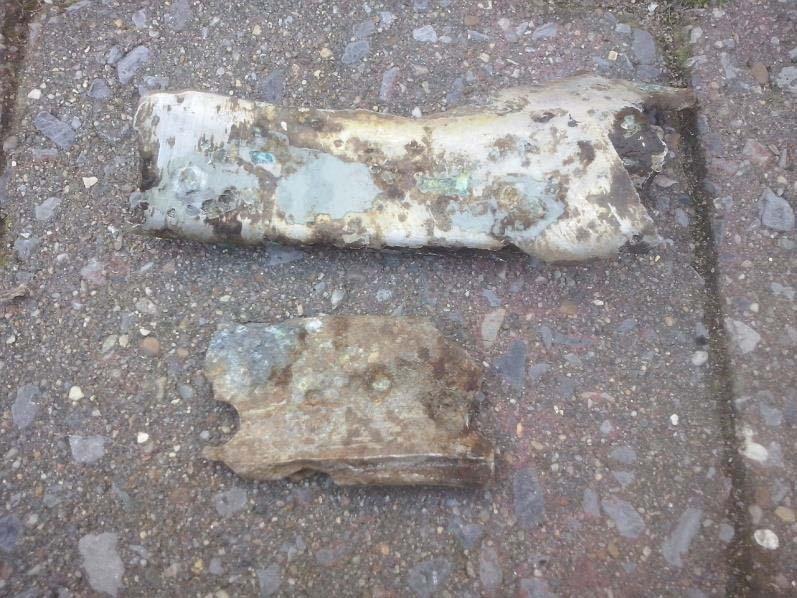 After the grass was cut a few weeks later we went back and located much more and bigger parts. It started with pieces of the radaitor and big parts from the engine came out. When we finished almost only engine related parts were found.

The engine of the typhoon Ib was een Napier Sabre and the version used for the Typhoon IB were either the IIA,IIb or IIC .

This is how the engine looks ( in pic the IIA) a liquid cooled H-24 sleeve valve piston engine. 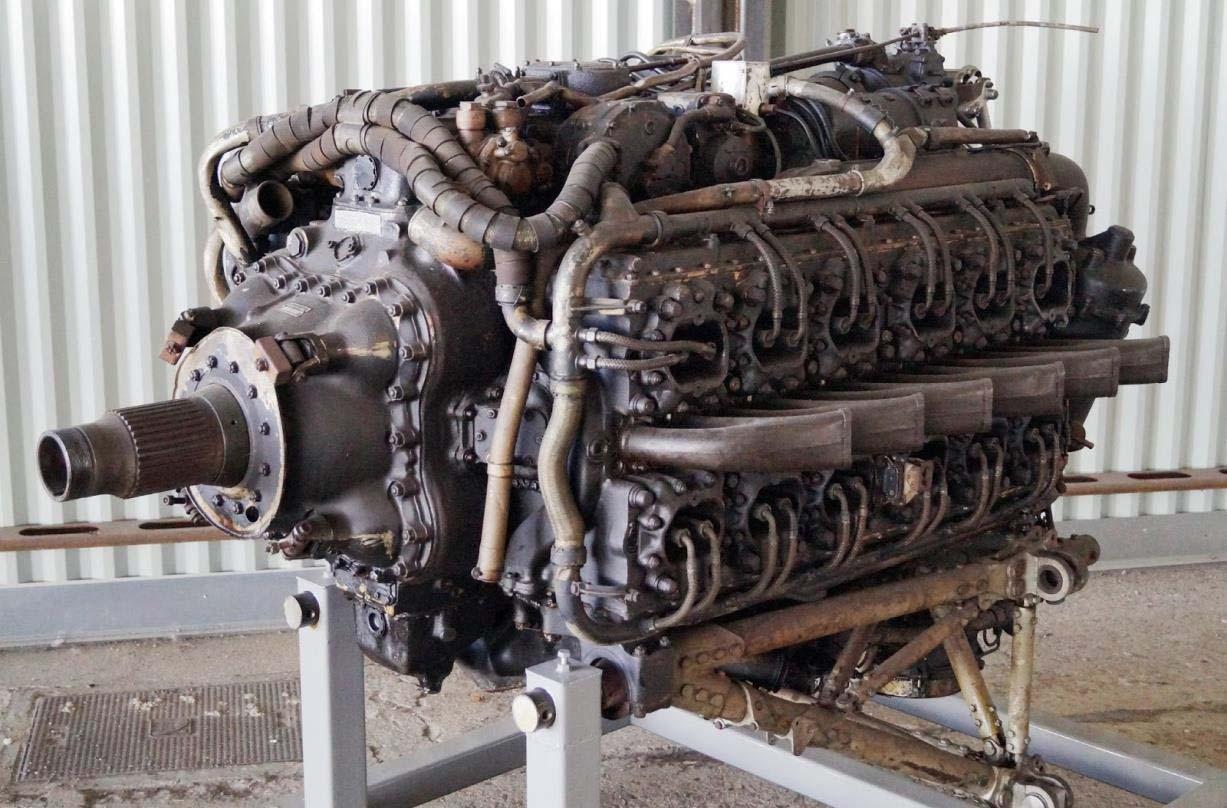 A picture of the typhoon with the big oil cooler below the engine: 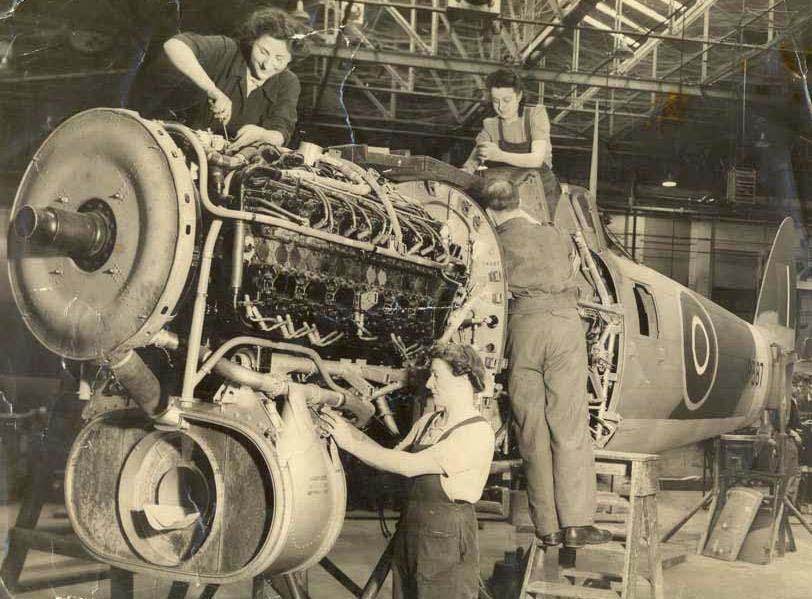 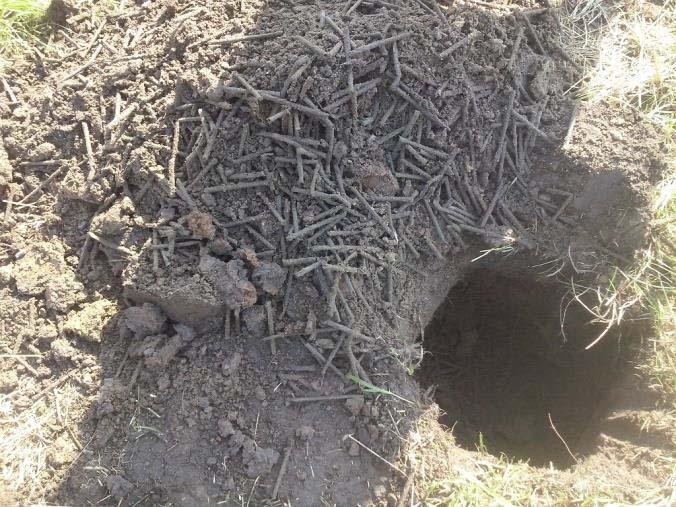 A little deeper we found an interesting piece of Aluminium which had still a type plate attachted. By research I found out it was attatched to the spinner of the proppellor, right pic after some good cleaning. 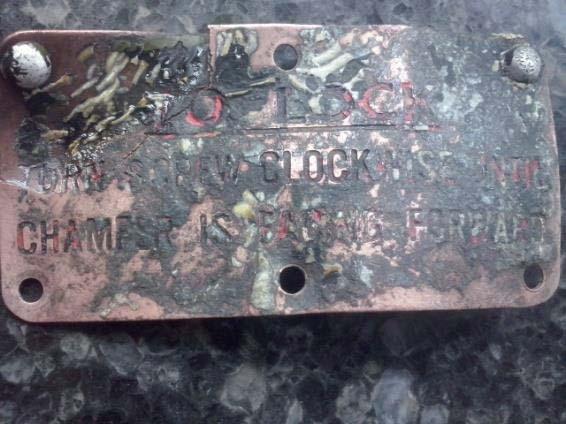 There are several possibilities in investigating the flight records on Back to Normandy. All the flights are plotted on maps, sorted day by day, by squadron, by type aircraft, by year or month, by location and much more! Don't miss this!!!
If you have any information that you want to share, please add your comment at the bottom of this record. Or send your information to www.backtonormandy.org/support.html Your photos and your information are very welcome! The young do care and with your help we keep up the good work.