ROYAL AIR FORCE - Form 4003 – 541 – 540
349 Squadron RAF - OPERATIONS RECORD BOOK
3 Feb 1945 - At 11.25 twelve aircraft took off on an armed recce’ of the GORINCHEM area “Y”.
The results were three Met damaged, 1 loco and 4 trucks destroyed by F/O Erkes, Van der Heyden,
F/L Mascaux, F/S Blair and F/S Branders L. 3 Met destroyed and 2 Met damaged by F/L Seydel,
Wood and F/Sgts van de Werve, De Jaegher and Leroy N. 1 loco’ was damaged by F/L Mascaux.
From this operation we unfortunately lost F/S Van de Werve who with his section went down
to attack a lorry at V.4556. It was partially obscured by trees and on the first run-in they
were over-shooting so the section came in again but Red 4 when looking round
could not see F/S Van de Werve nor could he be contacted on the R/T but he did see
the debris of an aircraft and it is presumed he must have hit the trees and if this
is so there is little likelyhood of his surviving such a crash.
Later in the day, at 15.05 we provided an escort of 10 aircraft to medium bombers
attacking a railway bridge at ZWOLLE. This was done without incident.
Today we receive the posting of six new pilots only one of whom has flown operationally
and then only for ten hours (F/O Tuck). Included in these six was F/O Uydens,
the only Belgian, who returns to us after completely recovering from his crash last November.
The other pilots were F/Lt Wieck, F/O Tuck, W/O Gill, Sgt Gibbs and Sgt Nuttall,
all British as there is a shortage of Belgian pilots at the present time. 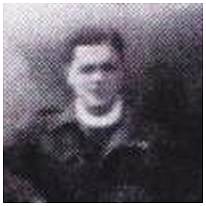 Thanks to PATS (see source link for more info)

Date
1945-02-03
Status coordinate
The location is in a (the vicinity of a) city or town
Source of the information (link)
www.teunispats.net/t5192.htm(0 visits)
E-mail publisher
Hits
681
RecommendMap
User