On Thursday 22 June 1944, a member of the 101 Sqdn, Flight Sergeant T H Duff, took off from Ludford Magna in the United Kingdom. His mission is mentioned elsewhere on Back to Normandy. You can find the other details of this mission by searching here. Training and cargo flights are not seperately mentioned as a mission. The plane left at 23:17.

To see more of the recovery of this plane: https://www.facebook.com/lancasterwdam 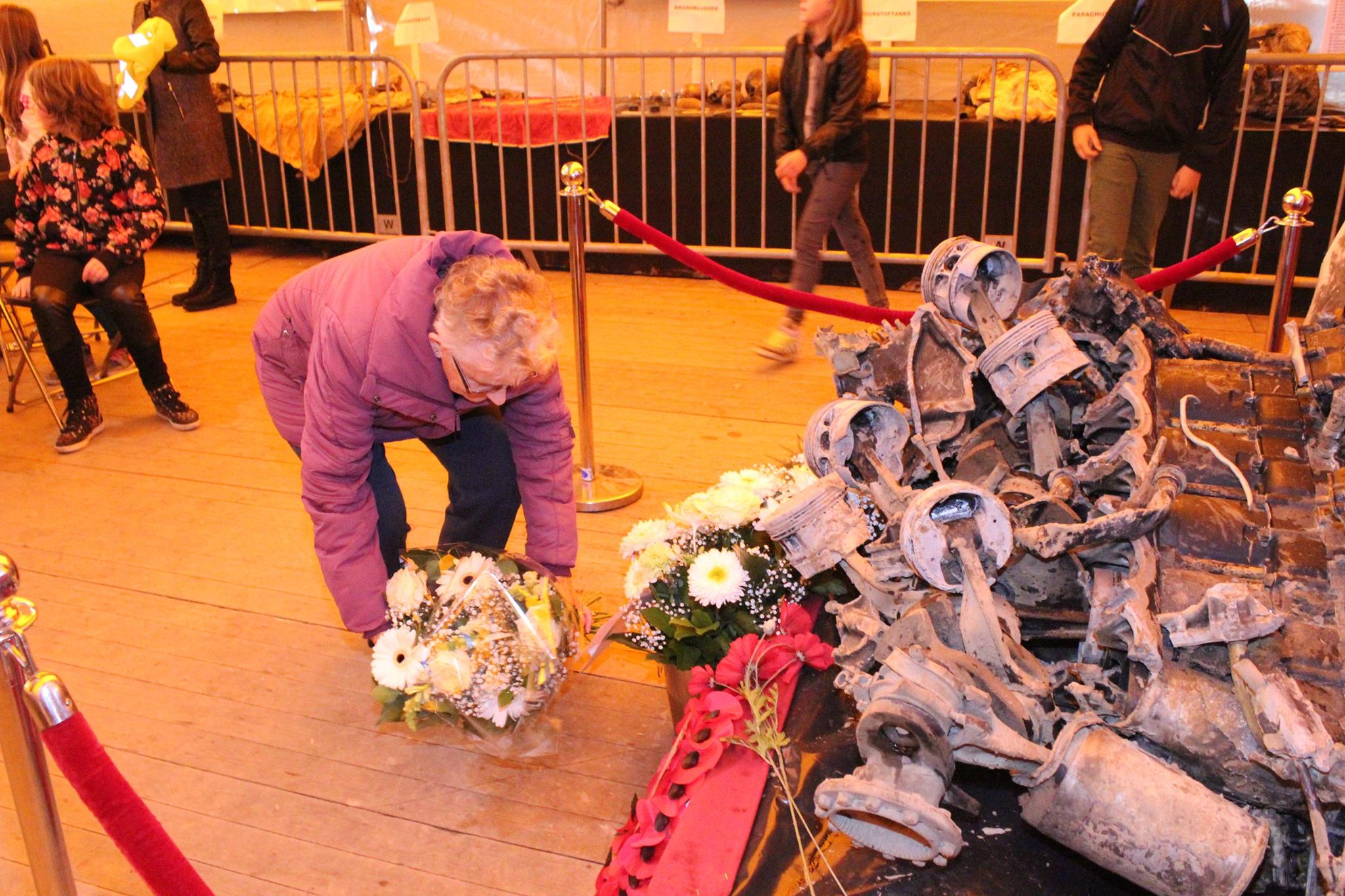 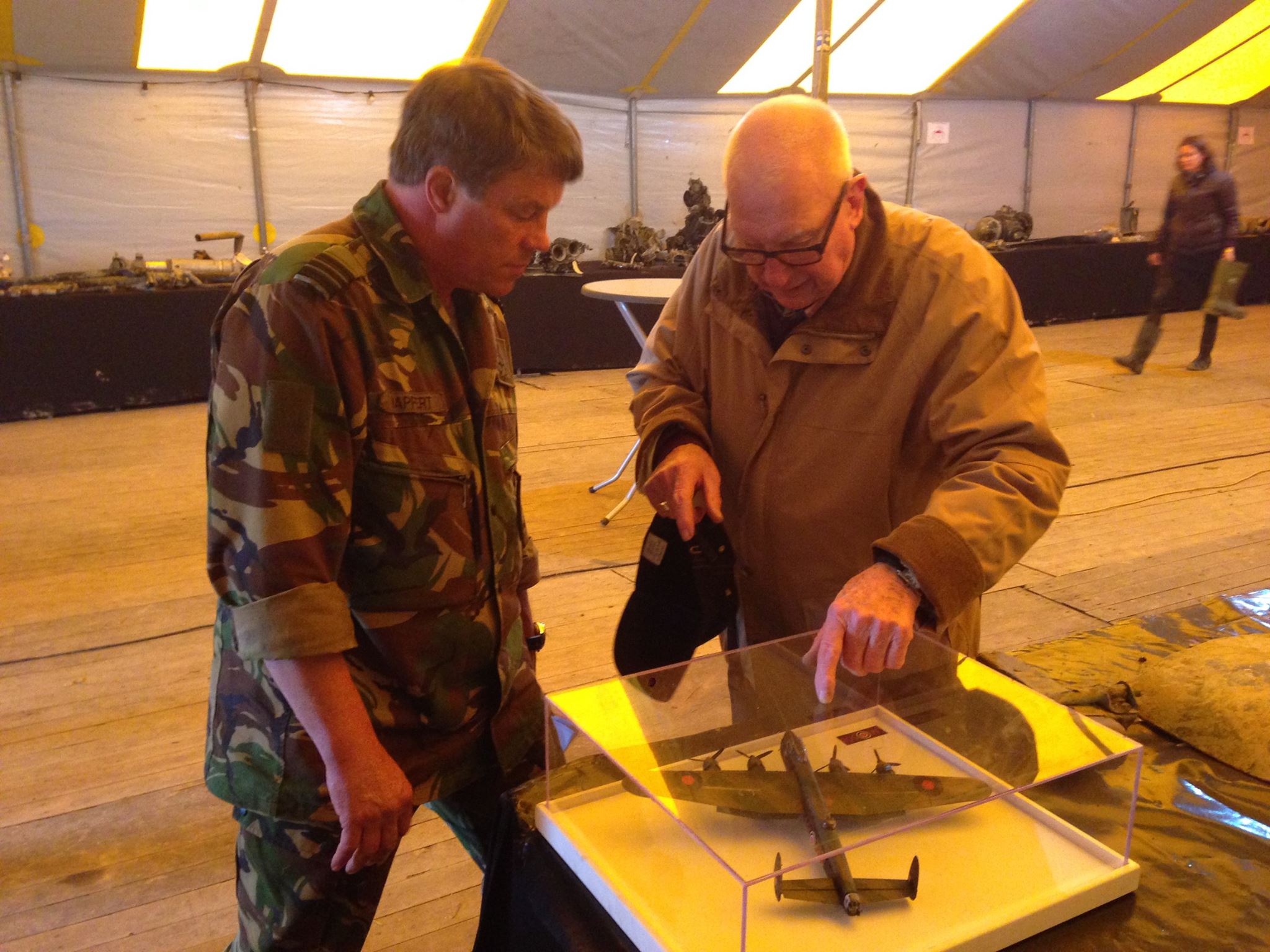 Campaign report of the USAAF:

(Eighth Air Force): Because of the attack on B-17s at Poltava, USSR, on yesterday's shuttle mission, the B-17s at Mirgorod and P-51s at Piryatin are moved farther E; they are to be returned to Mirgorod and Piryatin to be dispatched to bases in Italy as soon as the weather permits; the move is fortunate as German bombers strike both Piryatin and Mirgorod during the night of 22/23 Jun.

Mission 432: During the afternoon 797 bombers are dispatched to attack 22 targets in France and Belgium; 9 bombers are lost:

(Ninth Air Force): In France, around 600 B-26s and A-20s and 1,200+ fighters fly missions during the day; the main effort consists of an attack on the tip of the Cherbourg Peninsula in support of the US VII Corps assault on the port of Cherbourg; beginning 1 hour before the ground attack and continuing until the attack begins fighters and fighter- bombers pound the whole area S of the city from low level; as the ground assault begins, B-26s and A-20s strike a series of strongpoints selected by the US First Army, forming a 55-minute aerial barrage moving N in advance of ground forces; later in the day B-26s attack marshalling yards, fuel dumps and a German HQ; fighter-bombers fly armed reconnaissance over various railroads and bomb rail facilities, trains, road traffic and gun emplacements; 25 fighter-bombers are lost during the day's operations.

Campaign report of the RAF:

133 Lancasters and 6 Mosquitos to attack the synthetic-oil plant at Wesseling; all the aircraft in this force were from No 5 Group except for 5 Lancasters provided by No 1 Group. The weather forecast for the target area (and for the attack on Scholven/Buer which took place at the same time) predicted clear conditions but the bombing force encountered 10/10ths low cloud. The planned No 5 Group low-level marking method could not be used and the reserve method, in which the Lancasters bombed on H2S, was used instead. German night fighters made contact with the bomber force and 37 Lancasters were lost, Nos 44, 49 and 619 Squadrons each losing 6 aircraft. The casualty rate represented 27.8 per cent of the Lancaster force. Post-raid reconnaissance showed that only slight damage was caused to the oil plant but a secret German report quoted in the British Official History records a 40 per cent production loss at Wesseling after this raid. It is possible that the loss was only of short duration.

123 Lancasters and 9 Mosquitos of Nos 1, 5 and 8 Groups (124 aircraft from No 5 Group) to attack the synthetic-oil plant at Scholven/Buer. 8 Lancasters lost. This target was also cloud-covered and the No 5 Group marking method could not be used, the Pathfinder aircraft present providing Oboe-based skymarking instead. Again there is a contradiction in reports on the effect of the bombing. Post-raid photographs appeared to show no new damage but the German secret reports indicate a 20 per cent production loss.

234 aircraft - 119 Lancasters, 102 Halifaxes, 13 Mosquitos - of Nos 1, 4, 5 and 8 Groups to special V-weapon sites and stores. The sites at Mimoyecques and Siracourt were accurately bombed by 1 and No 4 Group forces with Pathfinder marking but the No 617 Squadron force attacking Wizernes failed to find its target because of cloud and returned without dropping its bombs. 1 Halifax lost from the Siracourt raid.

221 aircraft- 111 Lancasters, 100 Halifaxes, 10 Mosquitos - of Nos 1, 4 and 8 Groups attacked railway yards at Laon and Rheims. 4 Halifaxes lost from the Laon raid and 4 Lancasters from the Rheims raid. The bombing at both targets was successful.

29 Mosquitos to Hamburg and 8 to Rouen, 15 RCM sorties, 35 Mosquito patrols, 6 Halifaxes and 4 Stirlings minelaying off French ports. No aircraft lost.

With thanks to the RAF and USAAF.net!

There are several possibilities to investigate the flight records on Back to Normandy. All the flights are plotted on maps, sorted "day by day", "by squadron", "by type aircraft", "by year or month", "by location" and much more! Don't miss this!!!

If you have any information that you want to share, please add your comment at the bottom of this record. Or send your information to . This information will be added to the record.

Russ Gittins posted a comment in Wednesday 10 January 1945
Why is the march THE 10th BN HIGHLAND LIGHT INFANTRY CROSSING THE RHINE referred to by many pipers a...
Thursday, 30 January 2020 23:53