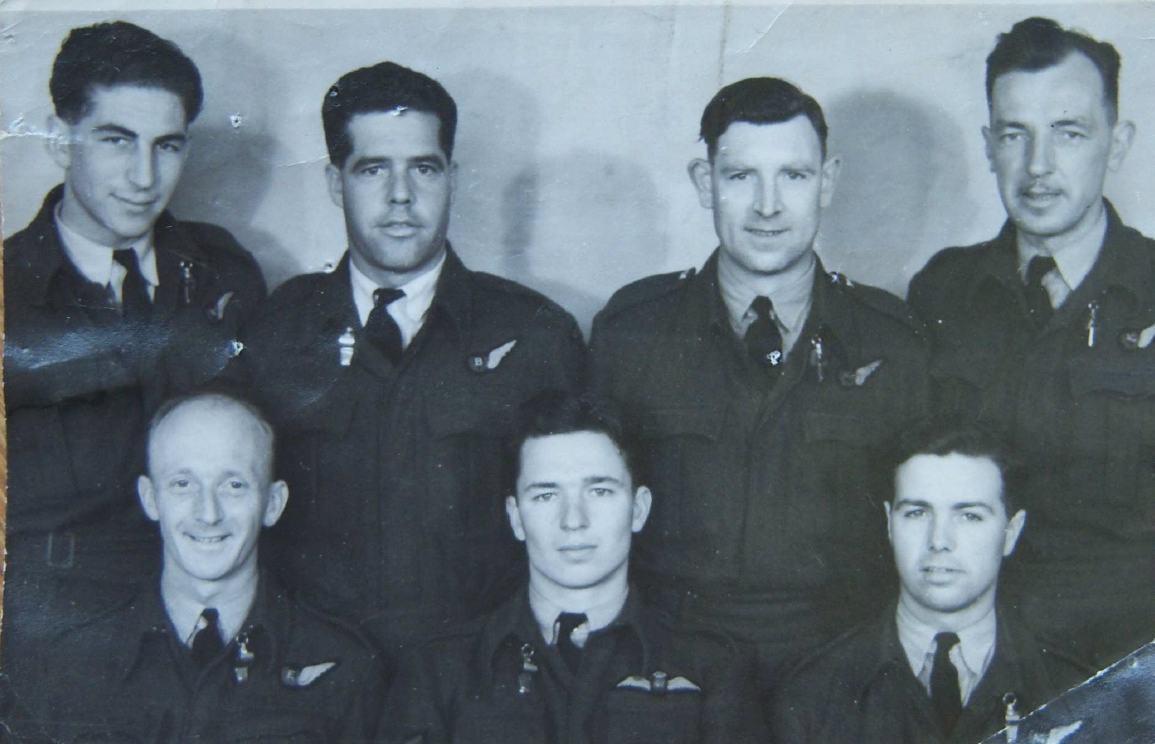 All crew members were killed. F/Sgt. Harrington, Sgt. Jones and Sgt. Wilcock are all buried in Wierden cemetery. The rest of the crew who have no known grave are alle commemorated at the RAF Memorial, Runnymede.

No. 9 Squadron is a famous squadron and started to attack the enemy on the day after war was declared when six Wellingtons were despatched to bomb German warships at Brunsbuttel. Three aircraft bombed a warship with no observed results, one aircraft jettisoned its bombs over the harbour and set fire to a merchant vessel and two aircraft failed to return.

The aircraft was shot on its way there, it hit the ground very hard and exploded. A gigantic crater was the result and dozens of windows from nearby farms bursted. Only three crew members could be identified. They were buried in Wierden. (Besides the surnames Cornelissen mentions also the first names.) The other four have never been found (....) 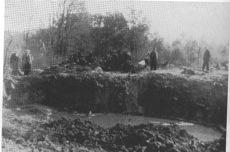 Sgt A.D. Jones was the mid upper gunner in the crew of Sgt (later F/O) W. Begg.  The remaining crew members were also Sgt’s.  As the 9 Squadron movement orders only show officers I cannot be exact as to when this crew joined 9 Squadron at RAF Bardney in Lincolnshire but their first operation was on the 31st July 1944 so it must have been a few days before that date.

The details of their operation whilst on 9 Squadron are as follows.

During the later part of August 9 Squadron became a special Squadron and were equipped with the new “Tallboy” 12000lb bomb. 9 and 617 Squadrons were the only Squadrons to be equipped with this special bomb. Their first operation using this bomb was on the 15th September 1944 when the majority of the Squadron flew to Russia as a forward base to attack the German battleship. “Tirpitz”.  Some of the Squadron were on leave as was Begg’s crew and did not go to Russia.

The next operation after the “Tirpitz” to be carried out by 9 Squadron was on the 23rd September and this is when Begg’s crew failed to return. The Squadron lost two aircraft on this operation.

This aircraft took off with a crew of 7 from No 9 Squadron, RAF Bardney, Lincolnshire at 1902 hours on 23 Sep 1944, detailed to attack the Munster Aqueducts, situated on the Dortmund Ems Canal, Germany.  No messages were received from the aircraft after take-off.

Aircraft reported to have crashed 7 miles west South West of Almelo followed by a massive explosion which resulted in the aircraft tail unit being found half a mile away.  All seven crew members onboard were killed in the crash but the report by No 5 (Holland) Section, Missing Research & Enquiry Sercie, those remains which were recovered are buried in the Wierden General Cemetery, situated 3 miles West of Almelo on 26 Sep 1944.  Grave No 20 contains the body of Sgt Wilcock and Grave No 19 those of Sgt Harrington and Sgt Jones.  Because of the nature of the crash it was considered the 4 remaining crew disintegrated with the aircraft and are commemorated on the Air Forces Memorial to the missing.

The known graves are now Sgt Jones in Row A in a joint grave number 12 with PO Harrington.  Sgt Wilcock is buried  in Row A Grave 13, Wierden General Cemetery.

A relative of PO Begg has been corresponding with the JCCC.  He is James Knox (his Great nephew).

The excavation concluded in Nov 06 when scant remains were found.   Burial to be arranged for 18 Aug 08.

Donna
This comment was minimized by the moderator on the site

Sergeant A D Jones was my grand father and my nan was pregnant with my dad when he died in action. I am very proud of my heritage and even know I never got to meet my granch, I will never forget what he gave up and fort for us all x

Donna
There are no comments posted here yet