Everything about the Lancaster was big. True, it was no bigger than the Short Stirling and Handley Page Halifax which preceded it into service, yet the scale of effort to introduce it into widespread use, and to produce the tens of thousands of aircrew to fly and crew this truly classic aircraft was unprecedented anywhere in the world. Yet only fourteen months elapsed between the prototype’s first flight in January 1941 and the Lancaster’s first operational mission in March 1942. 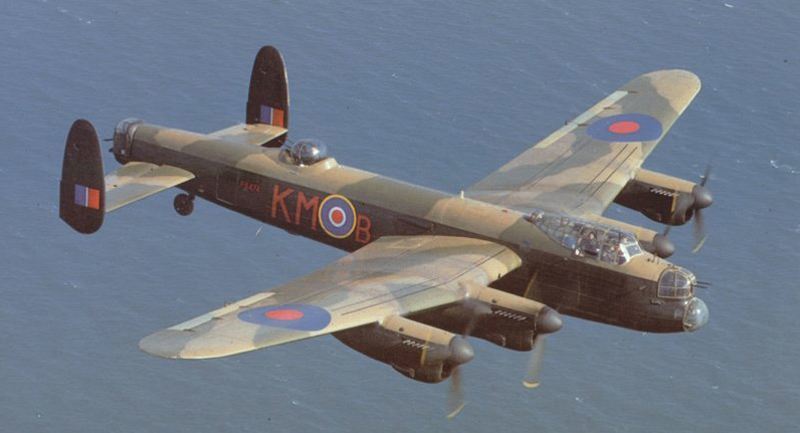 The secret of the Lancaster’s success lay largely in its superb power plants, the reliable and well-tried Rolls-Royce Merlins, which were introduced into the airframe after failure of the Vulture in the similar but smaller Manchester bomber. Indeed it was the expedient of substituting four Merlins in place of two Vultures that not only bestowed the increased safety and survival factors, but permitted the carriage of hitherto unheard-of bomb loads. Of all bombs delivered by RAF Bomber Command during World War II, Lancasters dropped 63.8 per cent (over 600,000 tons). No wonder Sir Arthur Harris spoke of it as ‘the greatest single factor in winning the war’.

The customary bomb-load of the Lancaster was around 12,000lb, usually including a single 4,000lb ‘Blockbuster’ and combinations of 1,000lb, 500lb or 250lb bombs, or 250lb Small Bomb Containers (carrying incendiary bombs). Other combinations included 14 1,000lb bombs (GP short-tail type), six 1,500 lb mines, six 2,000lb High Capacity bombs, or a single 8,000lb and six 250lb bombs. Lancasters with bulged bomb doors were able to accommodate the 12,000lb ‘Tallboy’ deep-penetration bomb and - the ultimate in conventional bomber arsenals of the war – the 22,000lb ‘Grand Slam’ was lifted by specially modified Lancaster. 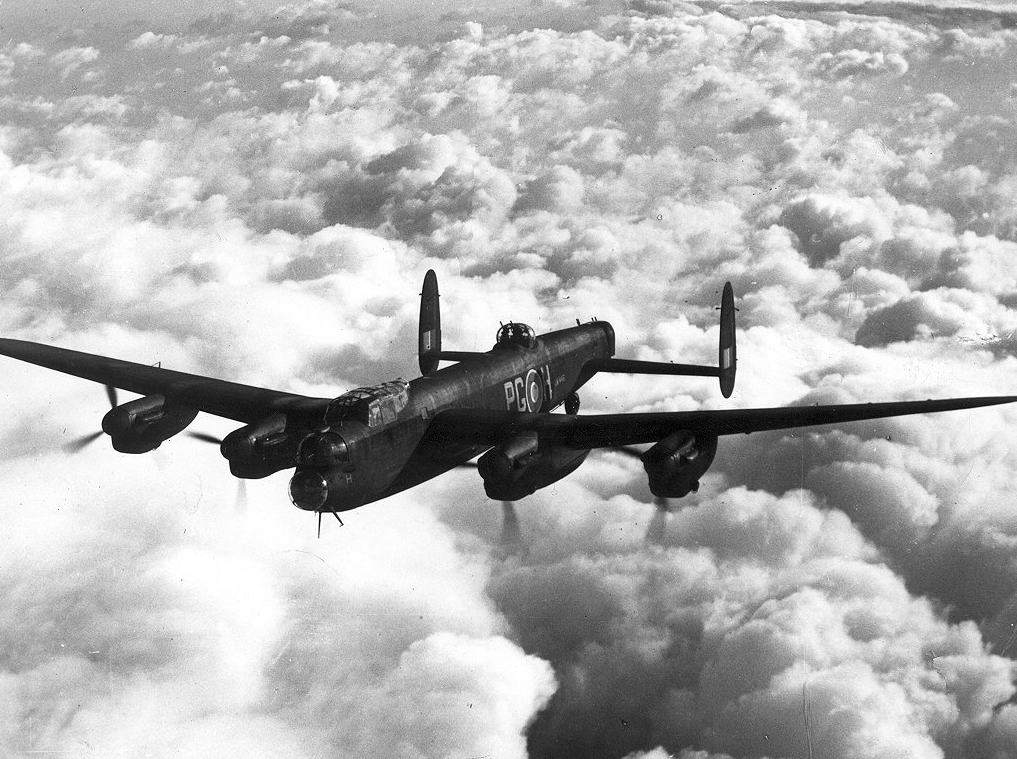 In its normal configuration the Lancaster was crewed by seven men (compared with ten in the American B-17 Flying Fortress and B-24 Liberator), comprising the pilot (captain), navigator, flight engineer, radio operator, bomb-aimer/front gunner, mid-upper gunner and rear gunner. There were early variations to this crew, principally as a leftover from the days when wireless operators doubled as gunners, and also when the Lancaster was occasionally equipped with a central gun turret, or special jamming equipment. Unlike the crews of German bombers, who tended to be grouped together in a compartment in the nose, the British heavy bombers of World War II, including the Lancaster, featured dispersed crew stations, some crew members being physically isolated from their colleagues, except for the intercom, for eight or ten hours of cold, discomfort and danger. Being in an unpressurised aircraft, each man breathed oxygen throughout the flight, and failure of the supply of oxygen might well prove fatal unless a periodic crew check on the intercom brought no response, when the mid-upper gunner would be sent aft to discover the trouble.

Apart from the loneliness endured by the rear and mid-upper gunners, most of the crew had to contend with extreme cold, for the Lancaster was quite widely regarded as a draughty aircraft, the icy slipstream managing to penetrate numerous small cracks and apertures in the fuselage, particularly the front turret, cockpit canopy and bomb-bay; once again the unfortunate rear gunner suffered most. Irvin jackets, fleece-lined boots and electrically heated suits alleviated the discomforts, but occasional malfunctions in the heating circuits either caused burns and blisters through over-heating, or frostbite through total failure. While the rear gunner might be shivering, the radio operator, on the other hand, would probably be sweating, for his crew position was located above the two hot-air louvers from the wing centre section. The rear fuselage obtained none of this hot air as a bulkhead was designated to retain the heat, or at least most of it, in the forward half of the fuselage.