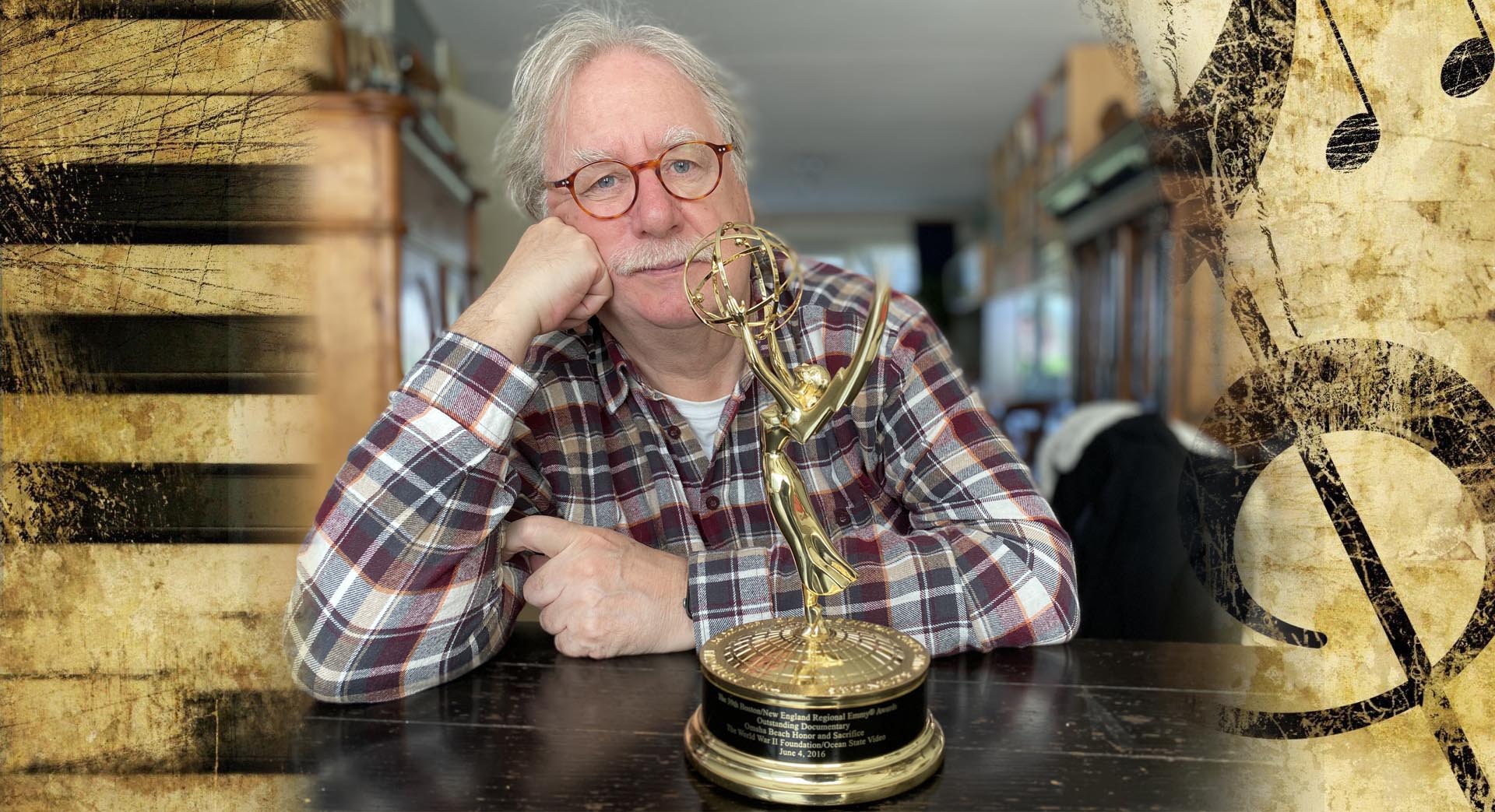 Omaha Beach, Honor and Sacrifice awarded with an Emmy!!

The 39th Boston/New England Emmy Award in the category "documentary": for excellence in the creation of a formal, structured television presentation with the dramatic impact of an event, condition or situation of current, cultural and/or historical significance. Entry should be a single subject film, or video documentation of actual events.

You can see the documentary online following this link: https://wwiifoundation.intelivideo.com/products/omaha-beach-honor-and-sacrifice

The documentary (text by WWIIFouncation):

On D-Day, June 6, 1944, the green 29th Infantry Division faced some of the most brutal fighting on Omaha Beach.

Perhaps the worst area on the beach was Dog Green, directly in front of strong points guarding the Vierville draw and under heavy flanking fire from emplacements to the west, near Pointe de la Percee. Company A of the 116th [29th Division] was due to land on this sector with Company C of the 2nd Rangers on its right flank, and both units came in on their targets. One of the six LCA's carrying Company A [116th Regiment,29th Division] foundered about a thousand yards of shore, and passing Rangers saw men jumping overboard and being dragged down by their loads.

At H+6 minutes the remaining craft grounded in water 4 to 6 feet deep, about 30 yards short of the outward band of obstacles. Starting off the craft in three files, center file first and the flank files peeling right and left, the men were enveloped in accurate and intense fire from automatic weapons. Order was quickly lost as the troops attempted to dive under water or dropped over the sides into surf over their heads. Mortar fire scored four direct hits on one LCA, which "disintegrated." Casualties were suffered all the way to the sand, but when the survivors got there, some found they could not hold and came back into the water for cover, while others took refuge behind the nearest obstacles.

Remnants of one boat team on the right flank organized a small firing line on the first yards of sand, in full exposure to the enemy. In short order every officer of the company, including Captain Taylor N. Fellers, was a casualty, and most of the sergeants were killed or wounded. The leaderless men gave up any attempt to move forward and confined their efforts to saving the wounded, many of whom drowned in the rising tide.

Some troops were later able to make the sea wall by staying in the edge of the water and going up the beach with the tide. Fifteen minutes after landing, Company A was out of action for the day. Estimates of its casualties range as high as two thirds…(courtesy 29th ID Assoc.)

In June of 2014, a handful of remaining members of the 29th Infantry Division made a final trip back to Normandy to recognize the 70th anniversary of D-Day. The World War II Foundation was along as these veterans shared their stories and looked over the bluffs of Omaha Beach one last time. The aging veterans also visited the Normandy-American cemetery to say their final goodbyes to their friends who never left Omaha Beach alive on June 6, 1944. Local villages and towns also honored the men of D-Day with dozens of celebrations around Normandy.

Also prominately featured in this film is a soldier from the First Infantry Division (the Big Red One), who came ashore just down the beach and alongside the 29th Infantry on D-Day . Veterans of two previous landings in North Africa and Sicily, the 1st also experienced their own carnage and hell on Omaha Beach on D-Day.

Naval Combat Demolition Unit (NCDU) "frogman" Ernie Corvese also came ashore on Omaha Beach. Ernie's 8 man crew had the mission of clearing obstacles on Omaha before the invasion began. Of the 8 men in his crew, Ernie was the only one to survive. On June 4, 2014 Ernie made his first return to Omaha Beach since that Day of Days in 1944. We were there to capture his emotional return and meeting with legendary television news anchor, Tom Brokaw. Ernie also visited some of his crew members on the Wall of the Missing at the Normandy-American cemetery.