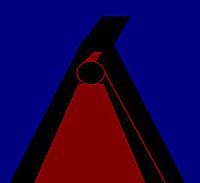 The 59th (Staffordshire) Infantry Division, also nicknamed the "Pithead Division" due to its divisional insignia, was a 2nd Line Territorial Army formation of the British Army in World War II. It served as part of the 21st Army Group during the early stages of the Normandy Campaign after the D-Day landings on 6 June 1944. It was one of two infantry divisions, the other being 50th (Northumbrian) Infantry Division later in the year, of this army group that was disbanded due to an acute shortage of British infantry replacements.

However, despite being a 2nd Line duplicate formation, the division also contained many 1st Line units. Having spent many years training in Britain until mid-1944, the division's lead units landed in Normandy, France as part of the British Second Army on 26 June. Attached to I Corps for Operation Charnwood, the division was employed in the north-western outskirts of Caen, fighting heavily against elements of the 12th SS Panzer Division.

Subsequently the division was attached to XII Corps in the Odon Valley.

Field Marshal Sir Bernard Montgomery named the 59th, along with seven other divisions, as one of the most reliable divisions within his 21st Army Group, bemoaning that units such as the 7th Armoured, 3rd Infantry and 51st (Highland) were not combat worthy after their initial performance, inland, after landing. In August, the division was awarded its first and only Victoria Cross of the war, belonging to Captain David Jamieson of D Company, 7th Battalion, Royal Norfolk Regiment.

The division fought in Normandy until 18 August 1944 when, due to the severe casualties suffered by other British units in the Second Army and the severe shortage of infantrymen throughout the whole British Army, it was disbanded and its men were used as badly needed infantry replacements for the rest of the British divisions in France. The 59th was chosen merely because it was the most junior of all the British divisions fighting in the Normandy Campaign, having been formed just two weeks before the declaration of war on 3 September 1939.

The 59th Division's last major action was in the town of Thury-Harcourt, where there is now a road named after the commander at the time: the Avenue du General Lyne. In the time after this period, the 197th Brigade (containing 1/7th Royal Warwicks, 2/5th Lancashire Fusiliers and 5th East Lancs) became a battlefield clearance brigade, tasked with tidying up parts of the Normandy battlefield and returning any ditched, dumped or lost but serviceable equipment.