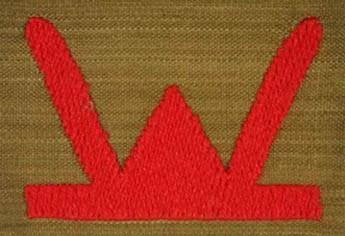 Remaining active throughout the interwar years, the division served as part of the Home Defence Forces of the United Kingdom between 1939–1940, fittingly based to defend Wales and the borders. In April 1940 the Division transferred to Northern Ireland, where it remained until November 1941. It returned to the mainland again to defend Kent and the South Coast between 1941–1943, when it was earmarked to form part of the British Second Army. In October 1943 the division was reorganised, its 159th Infantry Brigade detaching to form part of 11th Armoured Division, with the 71st Infantry Brigade taking its place. The division spent the remaining period in the build-up to the Invasion of Normandy in intensive training.

The 53rd Division landed in Normandy on 28 June 1944 and was placed under command of XII Corps, now defending the Odon Valley position. The division was involved in heavy fighting in this area days leading up to Operation Goodwood. In August it began to push out of the Odon region and crossed the river Orne, helping to close the Falaise Pocket. It was during this fighting that Captain Tasker Watkins of 158th Brigade was awarded the Victoria Cross. Due to the casualties suffered by the division in Normandy and the acute lack of infantry replacements, some of its battalions were replaced and sent to other brigades of the division. Advancing into the Netherlands, 53rd Division liberated the city of 's-Hertogenbosch in four days of heavy fighting from 24 October.