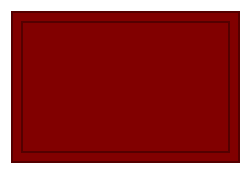 5th Canadian (Armoured) Division was a Canadian division during World War II. Following its redesignation from '1st Canadian Armoured Division', the bulk proceeded overseas in one main convoy, arriving in the UK at the end of November 1941.

The 5th Armoured spent two years of the war uneventfully in the UK, finally transferring to the Mediterranean in November 1943 to join I Canadian Corps. The division moved without its tanks and vehicles, inheriting heavily used equipment as a legacy from the British 7th Armoured Division who they relieved in Italy.

The majority of the vehicles were completely worn out, having first been issued in North Africa or were two-wheel drive – useless in Italy. It took several months for the division to be fully equipped with new vehicles, including M4 Shermans. Only the 11th Infantry Brigade was committed prior to 31 January 1944.

The 5th Armoured took part in the Italian Campaign until the end of 1944 seeing notable action on the Hitler Line after the Allied breakthrough at Cassino in May 1944 and also during Operation Olive on the Gothic Line in August 1944.

During the latter battle its single infantry brigade was augmented by a second, which was raised using reinforcements and units serving in other roles. Among them was 4th Princess Louise Dragoon Guards – 1st Canadian Division's armoured recce unit. As with other Allied armoured divisions in the Mediterranean, local resources were used to establish an additional infantry brigade, the 12th Canadian Infantry Brigade.[citation needed] Based on the colour of its shoulder patch, the division became known as the "Mighty Maroon Machine". In January 1945, the division moved by truck, train, and naval transport to Belgium via Livorno and Marseille. After arriving, it disbanded the 12th Brigade, and re-equipped to join the First Canadian Army in time to participate in the final offensives across the Rhine.