I am glad to see you here!

Please also enjoy my music for Back to Normandy and all my other compositions divided over 12 albums.

Special attention here for the two albums: Omaha Beach and Back to Normandy! 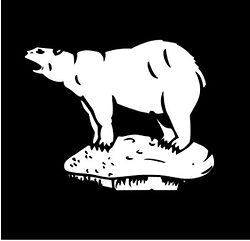 During the Second World War, the 49th Division first saw action beginning on 15–17 April 1940 when two of its brigades took part in the short and ill-fated landings in Norway that were intended to retake the ports of Trondheim and Narvik from the German Army. The campaign was a complete disaster and the division withdrew from Norway in May 1940.

As a result, a new divisional insignia, featuring a Polar Bear standing on an ice floe, was adopted. The idea was from the divisional commander, Major General Evelyn Barker. In 1942, the division was transferred back to the United Kingdom where the 70th Brigade, from the disbanded 23rd (Northumbrian) Division, was assigned to the 49th Division.

In October 1944 the 70th Brigade was disbanded due to a shortage of trained infantrymen in the British Army and the 56th Independent Infantry Brigade was assigned to the division, remaining with it for the rest of the war. During the rest of the war, the division served mainly with the First Canadian Army and was variously under the command of I Corps, the II Canadian Corps, and the I Canadian Corps. The 49th Division's last major contribution to the Second World War was the Second Battle of Arnhem and the fierce battles that led to it. During the course of the war the division suffered very heavy casualties of 11,000 wounded or missing in action with around 1,642 killed in action.