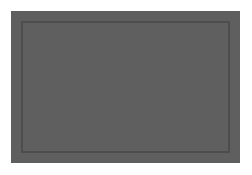 The formation of the division was authorized on 17 May 1940. There was then a considerable delay until the brigade and divisional headquarters were formed on 5 September, and the first divisional commander was appointed on 26 October.

While the division’s components were forming, The Cameron Highlanders of Ottawa were detached and transferred to Iceland as part of Z Force.

After its arrival, the division spent three uneventful years in garrison and training duties prior to the assault landing on Juno Beach in Normandy, as part of the British 2nd Army, later joining the newly formed 1st Canadian Army. Battle honours include Caen, Falaise, capturing the Channel ports, the Breskens pocket, and the final offensives of 1945.

During the Battle of the Scheldt, the 3rd Canadian Infantry Division had the nickname of "Water Rats" bestowed upon them by General Bernard Montgomery, in recognition of the poor conditions of terrain through which they fought, first in the Normandy landings, and then in the flooded Breskens Pocket.