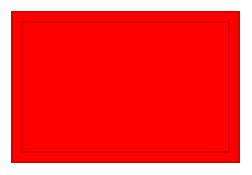 In 1941, the formation adopted the red rectangular battle patch insignia worn by the 1st Canadian Division in the First World War. All elements of the division were far from completely equipped on mobilization: of the artillery and machine guns on hand, most were obsolete, and the troops lacked steel helmets. Only gradually did a full complement of more modern weapons, equipment, and transport begin reaching the division in 1940. Nevertheless, in the wake of the Dunkirk evacuation the Canadians were ordered to France in June 1940. Among the Infantry units that landed at Brest, France were the Royal Canadian Regiment (RCR), The 48th Highlanders of Canada and The Hastings and Prince Edward Regiment.

Members of the RCR were present in France at least until 16 June, after Paris had fallen to German forces, and returned almost immediately after. The 48th withdrawal was not without some excitement. The division trained in England for three years before transferring to the Mediterranean to take part in Operation Husky, the assault landing on Sicily in July 1943 which ended after just 38 days. It then landed in Calabria on the Italian mainland and fought its way up the Italian peninsula and squared off in the seaside town of Ortona with German fallschirmjäger – crack air force paratroopers – over Christmas in 1943. Both sides suffered heavy losses in the fight for the town which a New York Times reporter had begun calling a "miniature Stalingrad", based on the ferocity of the street fighting and the casualties. By December 27, what remained of Ortona after days of shelling and aerial bombardment was in 1st Canadian Division hands. It then went on to break out of 8th Army's bridgehead with the second wave in the spring offensive.

The 4th Princess Louise Dragoon Guards, the reconnaissance regiment serving with 1st Canadian Division was the first of 8th Army's units to cross the Hitler Line in May 1944, below Pontecorvo in its armoured cars. After heavy fighting through the summer, the 1st Division spent the next several months fighting, as it had the previous fall, for a succession of heavily-defended river crossings surrounded by high ground. By the time the division reached the Senio, as the icy rain began giving way to snow in the Canadian sector, a decision had been reached to transfer the entire 1st Canadian Corps, 1st Infantry Division included, to the Netherlands. By the end of March, 1945 all Canadian Army units serving with Allied Forces Mediterranean had been transferred and Operation Goldflake, the reunion of 1st Infantry and 1st Armoured Brigade and First Canadian Army accomplished.