The Auxiliary Territorial Service (ATS; often pronounced as an acronym) was the women's branch of the British Army during the Second World War.

The ATS was formed in 1938; the government decided to establish a new Corps for women, and an advisory council, which included members of the Territorial Army (TA), a section of the Women's Transport Service (F.A.N.Y.) and the Women's Legion

Initially, the only jobs available were cooks, clerks, orderlies, store women or drivers. But eventually there were over a hundred different roles in the ATS, including serving in anti-aircraft batteries. This expansion allowed more men to be released for front line service. Women were conscripted in December 1941. They were given a choice of working in industry or joining one of the auxiliary services – the Auxiliary Territorial Service (ATS), the Women's Auxiliary Air Force (WAAF) or the Women's Royal Naval Service (WRNS).

More than 250,000 women served in the ATS during the Second World War, making it the largest of the women's services.

The Women's Auxiliary Air Force was founded in June 1939 to free up RAF personnel for front line duties. By 1943, the WAAF had 182,000 members. WAAFs undertook a variety of roles, including compiling weather reports, maintaining aircraft, serving on airfields and working in intelligence.

The Women’s Royal Naval Service was reformed in April 1939. Women were recruited for shore-based jobs to release men for service at sea.

By 1943, there were 74,000 WRNS (or 'Wrens') serving in the UK and overseas. Wrens played a major part in the planning and organisation of naval operations. 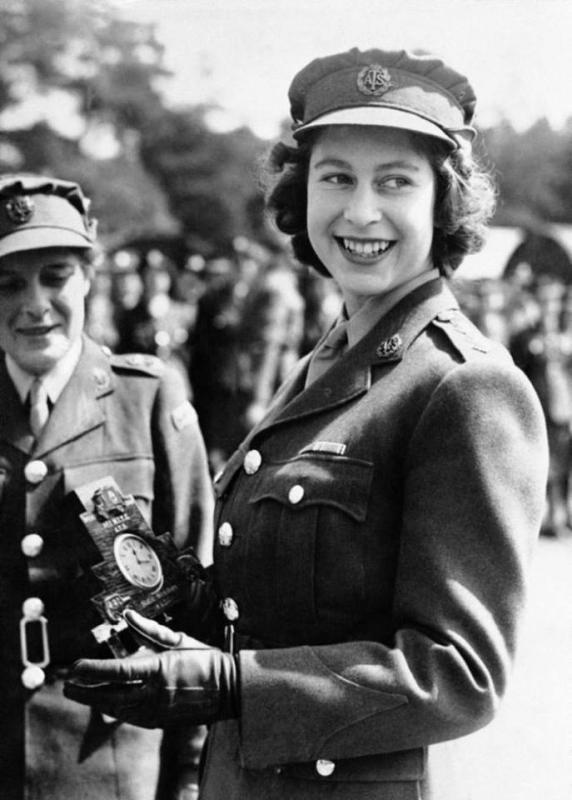 The first ATS personnel to arrive in the theatre landed at ARROMANCHES on 12 August 44 with HQ 21 Army Group. IThe first twenty four servicewomen to arrive in Normandy are seen talking to Royal Navy LST crewmen and army Beach Group personnel from 102nd Beach Sub-Area shortly after disembarking onto 'Juno' Beach at Courseulles.

There were 400 in the party—one ATS group HQ and three companies—the auxiliaries being employed as cooks, orderlies, clerks and drivers.

In a camp at Vaucelles, ATS are seen walking over to the cookhouse with mess tins in hand and queuing up to be served with a hot meal with troops in rear-echelon units attached to No 2 Army Roadhead (?). Afterwards, new arrivals carrying kitbags, mattresses, bedclothing, etc are allocated tents for their accommodation and are issued with woollen socks and wellington boots. Servicewomen write letters home on field post cards, take them to one of the ATS officers for censoring and commence their clerical duties. Laundry washed on the spot is left to dry on guy ropes.

No. 1 Continental Group ATS employed with HQ 21 Army Group, completed its move from Vaucelles to Brussels on 28 September.

In November the strength of the ATS in 21 Army Group was increased by the addition of two companies formed to take over some of the various duties of male personnel at L of C headquarters and in two general hospitals.

The advance party of the first mixed HAA regiment to arrive in the theatre landed on 21 November and by the end of the year the ATS who formed part of two mixed regiments which defended ANTWERP during the V bomb attacks numbered approximately eight hundred.

The strength of the ATS in the theatre steadily increased during this phase and the total reached approximately 8500 by VE day.

The programme for the move to the theatre of five mixed AA Regts, three for the BRUSSELS defences and two for those at ANTWERP, was completed and all gun sites were manned by 7 Feb when the extensive necessary works services in these areas were completed.

The units themselves did very good work in helping to improve their own conditions despite their disappointment at the lack of operational work, especially at BRUSSELS.

A start was made with a big programme for moving into the theatre complete ATS signal sections to take over from military sections.

The manning of the switchboards at Rear HQ 21 Army Group was one of the first commitments. The move of GHQ Second Echelon to BRUSSELS also brought an ATS group of over 500 into the theatre.

In March a programme of the despatch of drafts of 200 here a week was put into execution.

These drafts were of mixed trades, largely clerical, but also included auxiliaries for work in hospitals.

In the year 2009 Back to Normandy (Fred Vogels) met these ladies of the Auxiliary Territorial Service in Arromanche, France  during 65 years D-day celebrations 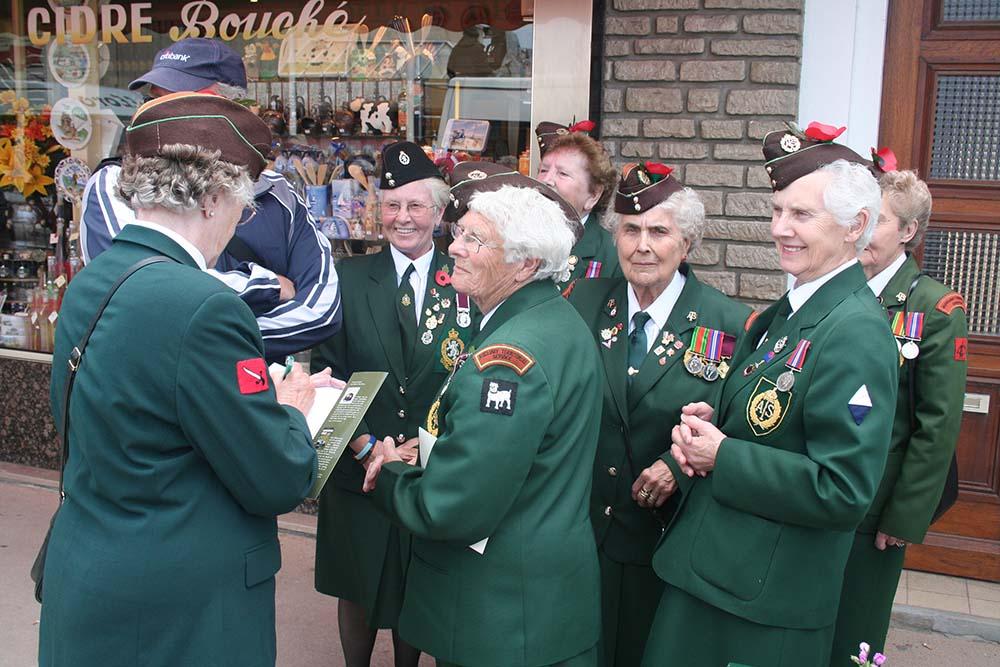 Another interesting article:  Margot Cooper, who has died aged 92, was the first woman officer to set foot in occupied Europe after D-Day; later she helped to organise the British delegation at the Potsdam Conference.